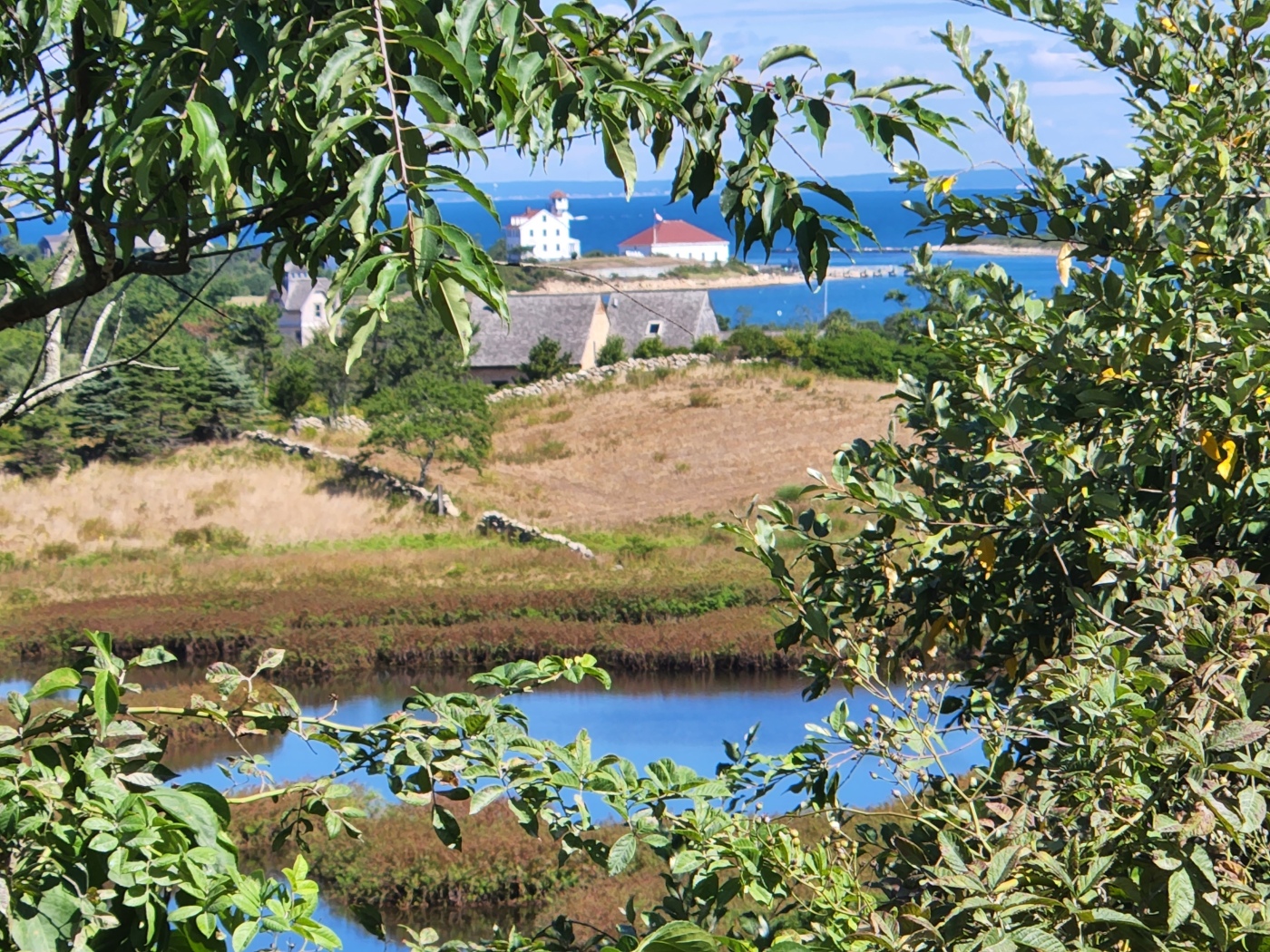 We didn’t spend much time boating in July and early August but we spent a lot of quality time with family. When we arrived in Solomon’s Island we had a blast with my girls, Cassandra and Allegra, as well as her boyfriend, Brandon. My girls do not like me to take pictures of them, even though they are 27! In case you are wondering why I don’t post pictures of my kids, they also don’t allow me to post the few I’m allowed to take!

From Solomon’s Island we flew to Missouri for a week to spend with my Dad, Max, in Marionville. We had a fun 87th birthday celebration for him with family. Scott’s sons Tom and Tim (and families) from Macon, MO met us for an afternoon of fun and laughs in Columbia. I’m so disappointed that we We then went to St. Louis to see daughter Cassandra, her fiancee Noah, Scott’s cousin Naomi, and a few friends. It was was a steamy, muggy week, mostly in the 90’s, except the day of my Dad’s party in a park.

Next we flew to Seattle where we cruised on Ryan’s (Scott’s son) Carver, where the temperatures were in the low 50’s and occasionally as high as low 70’s but only for a hot minute. We loved seeing the seals and otters but mostly loved playing with our granddaughters, Juniper and Sylvia (Ages 8 & 2). Oh, how we love to babysit for them!

What are the odds of seeing someone we know in our marina in Pleasant Harbor, WA? Apparently very high because Ric and Marianne on Renaissance Woman, fellow Krogenites, were on the next dock!

Back in Solomon’s we readied the boat and celebrated my birthday! Hooray! We stopped by Annapolis Yacht Basin for 2 nights to have our new Dockmate adjusted then docked in Chesapeake City just to have dinner at the restaurant at Schaefer’s Canal House. Yes, sometimes we actually plan our travel schedule around restaurants!

We’ve heard many great reviews of Lewes, DE , located at the southern mouth of the Delaware River, which we found to be delightful. Such a charming town with restaurants, a great bakery/coffee shop, and a small grocery store about a mile away from the town dock. We could have stayed much longer because there were so many cute places and not enough meal times.

Many times we have gone from the Delaware River to New York Harbor but we have always gone non-stop. This time we decided to check out the exciting Atlantic City. We docked at the Farleys Marina at the Golden Nugget which was rather gaudy and unimpressive. Neither of us are into gambling but we thought it might be fun to gamble $5 in each of the casinos we entered. We started at the new Ocean Resort which was impressive. We perused the casino and concluded that we were idiots! We had no idea how to work those silly machines! We founded an employee that knew slightly more than we did and proceeded to play the cheapest machines we could find. We did win a few cents but couldn’t get excited about the little slip piece of paper that showed our winnings. A paper is not as satisfying as the sound of coins flowing out of the machine! We tried another $5 at Hard Rock Cafe and concluded that slot machines simply don’t give us a thrill and why are all those old folks spending their days in icy, loud and garish casinos throwing away their money?

It’s still a thrill approaching lower Manhattan. This time I noticed the parking lot on the charts, a grid showing where commercial ships drop anchor. The red and green triangles represent anchored ships. We always attempt to time our travel through Hell Gate, the portion of the East River where currents can be 5 kts. and whirlpools abound. The convergence of tide-driven currents create the whirlpools which can be challenging for our slow and low-powered girl. Thankfully, Scott had timed our travels so it was easy-peasy and we flew at 12 knots!

Port Washington, specifically Safe Harbor Capri, was Unforgettable’s home while we traveled to Narrowsburg, NY where we enjoyed time in the woods with Scott and Chris. We always enjoy this relaxing change of pace with visits to rivers, ponds, breweries and wineries. Best of all is simply spending time with these fun guys!

We had single night stops in Northport and Port Jefferson where we strolled the pleasant downtown areas and enjoyed dinners out. In Greenport, we savored delicious fish and local Long Island wine with Chip and Jill on Blue Note, dock neighbors from Stuart. So far, Greenport is our favorite town on Long Island.

Currently we are enjoying a mooring ball in Block Island where we have walked miles and miles going back and forth to New Shoreham, hiking through Nathan Mott Park, and walking to the clamming beaches. We had about as much success digging for clams as we did with the slot machines in Atlantic City. We tried to do what our friends told us but neither one of us wanted to go into the cold water up to our waists! After walking 2 miles to one of the approved beaches I found zero clams – Scott found only 1 clam and it was too small to keep!

Oh, the glorious days of summer: my favorite time of year. The flavors of summer: ripe and juicy cherries, peaches, nectarines, and tomatoes. The freedom of summer: I love to see kids and families out having fun, all day long. Here on the water I’m always entertained by children taking lessons on little sailboats. I was particularly amused by 5 small sailboats with 2 boys each taking a lesson at Port Jefferson. At any given time there were at least 2 of the boats tipped over with boys screaming and arms flailing – all in fun, no danger! The flowers of summer: sadly, due to the lack of rain here in the north the hydrangeas and other blooms are dessicated. And finally, hot long days giving abundant time to enjoy the season. Why can’t every month be July?