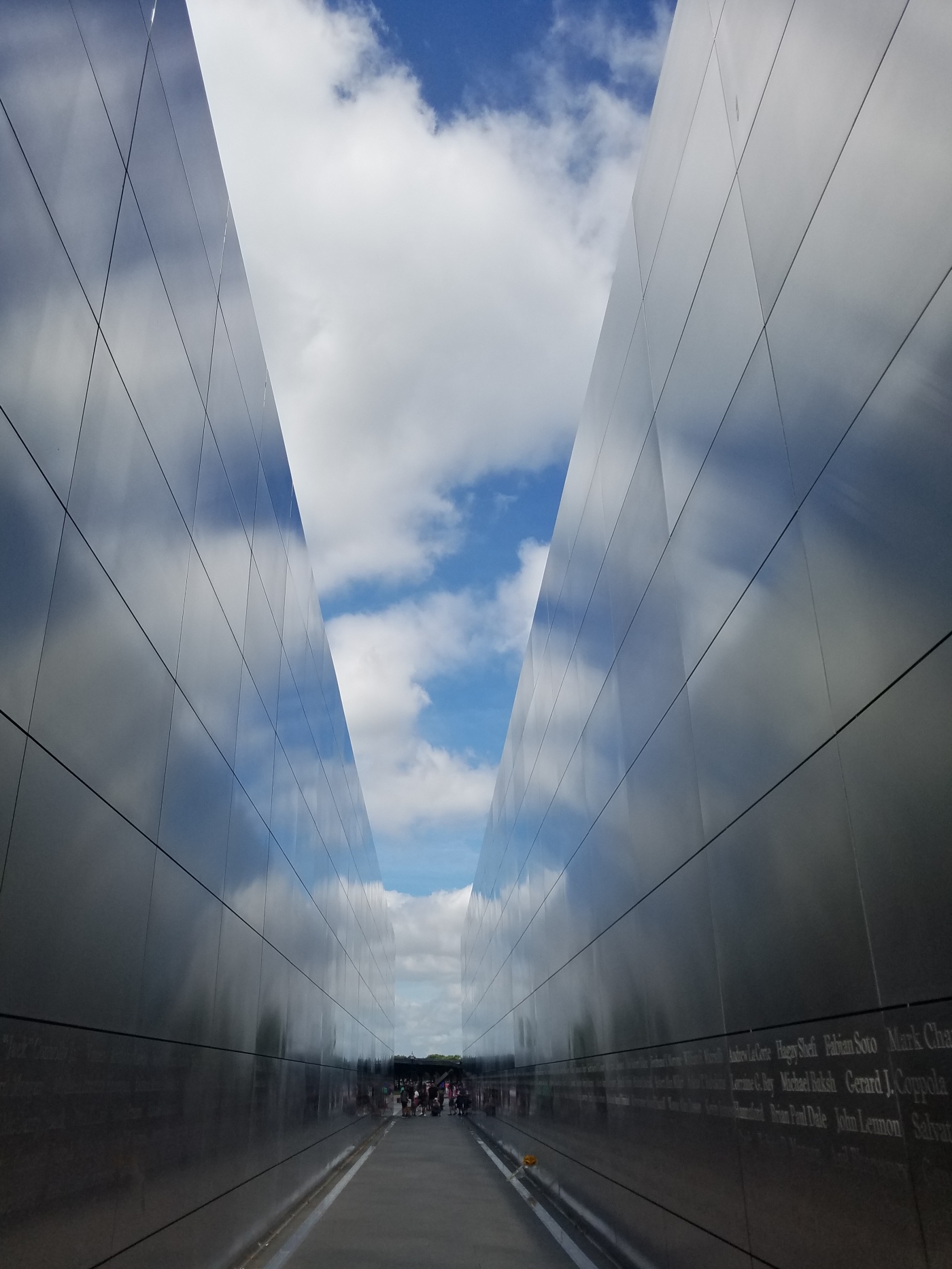 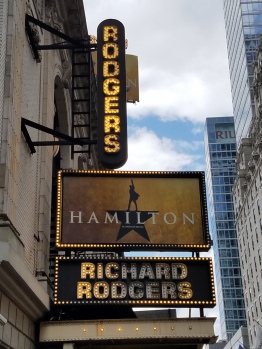 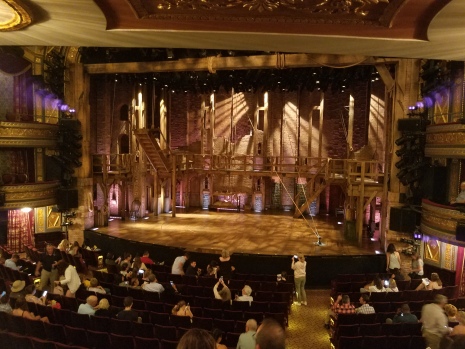 It’s hard to believe that we actually went to see “Hamilton!” Of course, it was amazing! I loved the choreography and the fact that it was composed in an operatic style. Although I had sung along with the sound track dozens of times I hadn’t realized there was no dialogue in-between the songs. I also loved the variety of musical genres and appreciate all the different artists that influenced Miranda.  It was so good that Scott is now singing the songs! After the show we had yummy pad thai with Scott’s son, Scott.

The following day I had a great walk to the 911 “Empty Sky Memorial” on the Jersey City shore. Then we spent the day doing boat chores like equalizing the batteries, ordering new electronics for the stabilizers, watered the batteries, engine room checks, added oil, etc. Well technically, Scott did those chores.

The next day we packed our bags for a weekend in Narrowsburg at son Scott’s cabin. We met up with him and his husband, Chris, at their apartment in Washington Heights. We looked diligently for Lin-Manuel Miranda since he lives in their neighborhood. Scott and Chris often see him while walking their dog, Niles.  This was the area for which Miranda wrote “In The Heights.” My Scott walked into a Hispanic barbershop to get his every third week haircut. It’s always a surprise as to what his hair will look like. 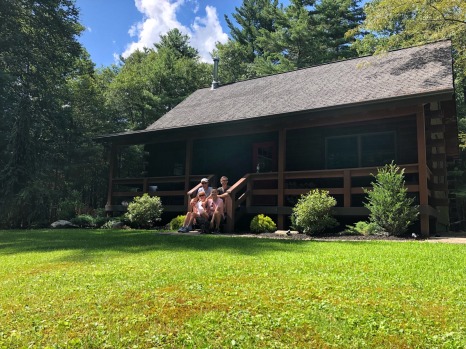 We love the cabin! 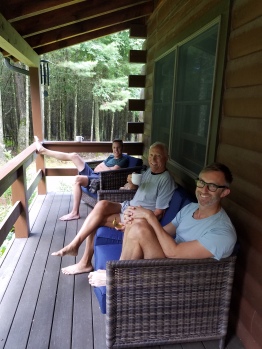 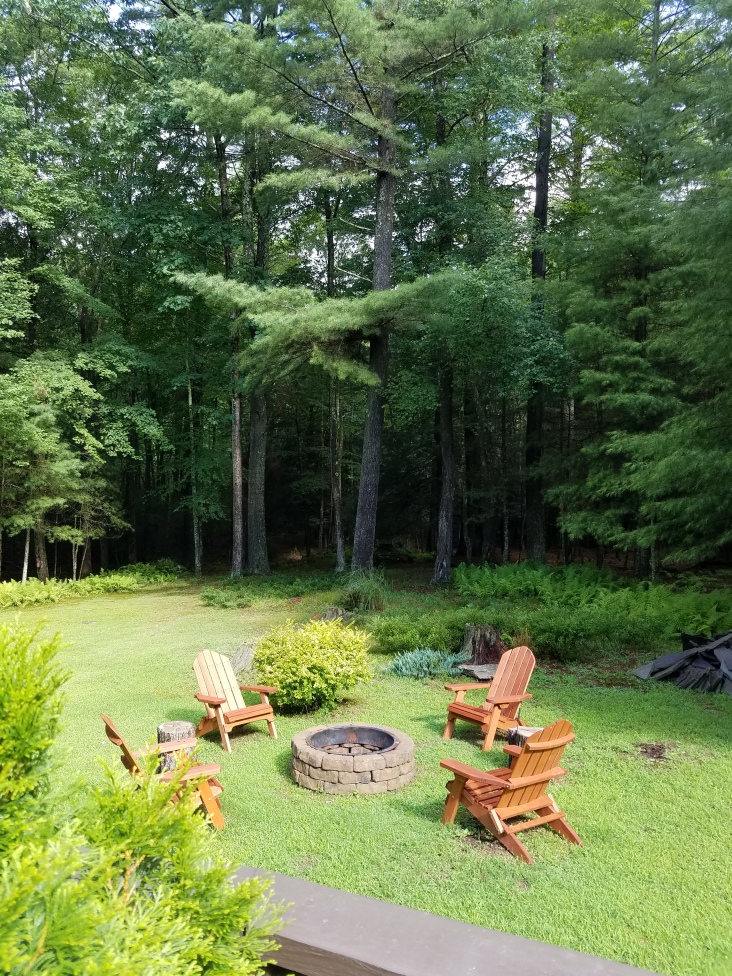 Kind of odd that we enjoyed a fire in the fire pit in August!

Narrowsburg, NY is a charming little town on the Delaware river and the cabin is in the middle of 5 acres of woods.  It’s a family joke how my Scott tells everyone we meet about son Scott’s wonderful cabin!  We took lovely walks through the woods and had such fun playing with Niles. 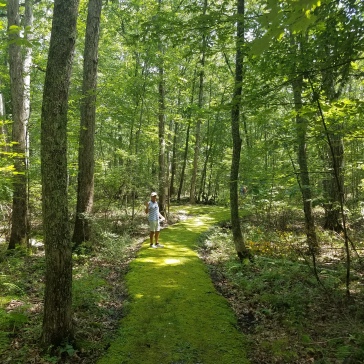 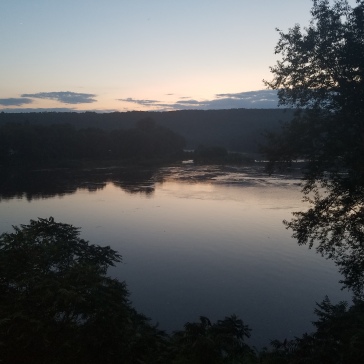 Tomorrow we say good-bye to the gorgeous views at Liberty Landing Marina and head up the East River to Long Island Sound.

3 thoughts on ““HAMILTON” and Narrowsburg”