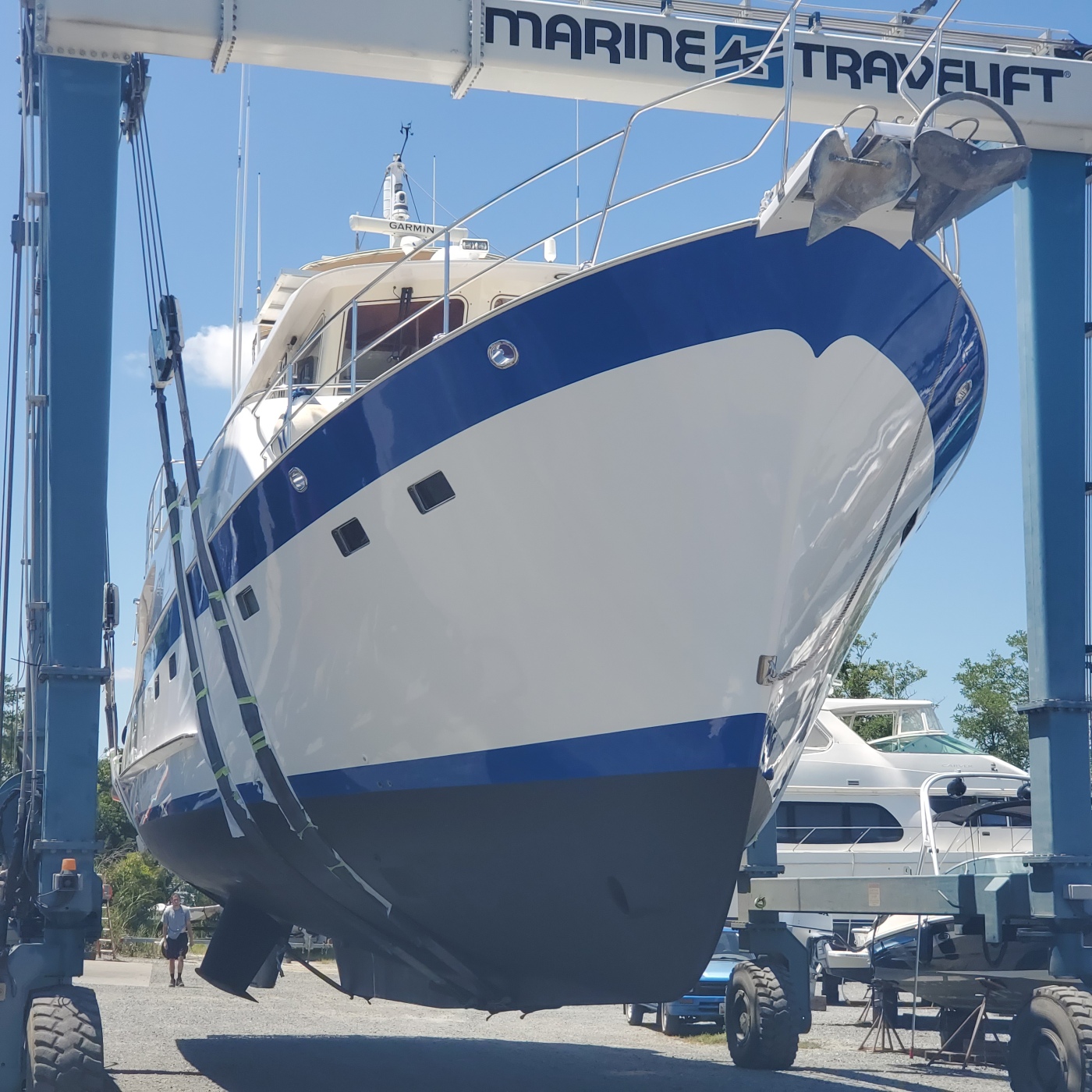 Hauling the boat out of the water is a necessary evil typically occurring every two years.  Scott always has a lengthy list of items that he expects to be completed in the shortest possible amount of time.  This was no exception.  Also typical of a haul-out are a few surprises and rarely are those surprises low in cost.  This was also no exception.

Here are a few highlights:

Most smelly project:  The install of an 8″ inspection port in the holding tank and vacu-flush ball/seal.  More info: Our level gauge has been unreliable and it seemed as if something was floating in the tank and stopping the floats from working.   The new inspection port allowed a septic tank company to pump out the large amount of gravel-like solids on the bottom and an inspection of the level floats.  A vacu-flush toilet needed a routine part replacement to get a good seal in the bowl.

Most expensive for the size project:  Replaced fly bridge engine controls.  More info:  The John Deere gauges were mounted on a panel that had become deteriorated, therefore, ugly although the gauges all worked.  These analog gauges were removed and replaced with two Garmin data panels using a converter to make it digital on the backbone. (These are Scott’s words…way over my paygrade!) 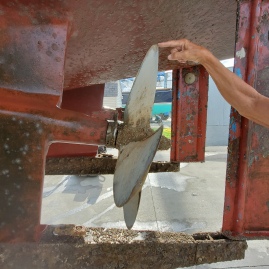 Scott is pointing to a flat edge of the props. Oops! What did we hit?

Biggest surprises: The need to replace the barrier coat for 2′ at waterline.  The red perimeter stripe had failed both because of the paint and the barrier coat.  Soda blasting this area allowed new barrier coats and bottom coats.   This time we had the bottom coat come up to meet the blue boot stripe.

Most unusual:  Replaced a missing line cutter blade that broke off on a mooring in Emerald Rock.

Most aggravating:  The new bottom color is black.  None of the other bottom colors looked good with the blue stripe.  Why can’t they make a bright and clear red that holds up?

The prop nut keepers were broken and had to be replaced Nobody stocks them so they had to be fabricated locally. Scott learned that one of the bolts is left handed metric and no one in the USA stocks the bolt. He realized that if in the future during a prop change was lost he would have a major problem and could not reinstall the prop. Thus, he ordered 2 spares from the Kadey-Krogen factory in Asia.

While supervising the job Scott refinished the flag place and bow mast.

Biggest disappointment: It took longer than planned.  The added work of soda blasting and new barrier coats required more time due to the drying between coats.

The props are looking spiffy! 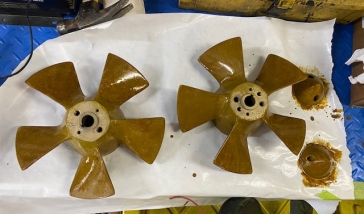 The bow thruster blades were sandblasted then painted with prop speed.

Other work during haul out: a) thruster blades were removed/sandblasted/coated with Prop speed, b) props had to go to the prop shop due to bent tips on one, c) replaced starboard engine seacock as it would not seal, d) the water intake hoses to both engine were replaced as the interiors were soft, e) replaced prop hub keepers, f) removed/sandblasted/painted all intake grills, g) replaced both engine exhaust flappers, h) checked mineral oil in both keel shoes and rudders, i) washed/waxed all exterior, j)etc 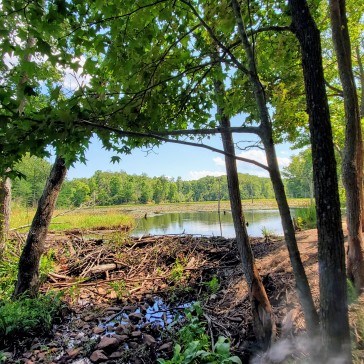 While our girl was getting her new bottom we stayed in an AirBnB which, this time, wasn’t my cup of tea.  We chose this place because it had a full kitchen, it was close to the boatyard and it was rather inexpensive.  Unfortunately, it came with bonus spiders, roaches and centipedes.  When we had to extend our stay 4 more nights we learned that the AirBnB had been rented leaving us to transfer to Home 2 Suites by Hilton.  We were impressed by the rooms, grounds and commitment to rigorous cleaning and hygiene measures.

Despite coming back to a dirty mess (inside) and 2.5 weeks of laundry, we were ecstatic to be home.  It feels so good to be busy, to flit up and down the stairs all day, and to be back on the water.  After a few nights anchoring up the Patuxtent River we will settle in at Spring Cove Marina, our home for two months.